D-CENT (Decentralised Citizens ENgagement Technologies) was a Europe-wide project bringing together citizen-led organisations that have transformed democracy in the past years, and helping them in developing the next generation of open source, distributed, and privacy-aware tools for direct democracy and economic empowerment. The EU-funded project started in October 2013 and ended in May 2016.

D-CENT tools have shown to be very successful and are now mature to be adopted by many other cities, democratic organisations, parties and parliaments around the world. We call for open source developers, hackers, social movements, democracy activists and democratic organisations to learn about D-CENT and participate to keep growing the community.

The D-CENT tools enable citizens to be informed and get real-time notifications about issues that matter to them; propose and draft solutions and policy collaboratively; decide and vote on solutions and collective municipal budgeting; and finally implement and reward people with blockchain reward schemes. The tools can be combined in ways to support democratic processes.

Learn about the tools

D-CENT ToolsBox gives hands-on introduction to our tools: what D-CENT has designed, how the tools have been deployed so far, and how one can set up his own D-CENT ecosystem. Visit the Tools page to learn why you should use D-CENT and what the tools can be used for. Explore the large-scale pilots that are run to develop and test the tools in practice. Follow demo links to see D-CENT in action. View the code development in GitHub.

Since 2013, D-CENT has run large-scale pilots in Spain, Iceland and Finland to test and develop the tools in practice. These pilots have been involving thousands of citizens across Europe in municipal decision-making, policy and budgeting processes.

Decidim Barcelona is a digital platform for participation of the City of Barcelona. It is a tool to build a democratic, open and transparent city by enhancing citizen participation in the definition and development of policies. decidim.barcelona

Better Reykjavik is a participatory budgeting platform for the city of Reykjavik. The platform is a development from the Betri Reykjavik prioritisation and participation platform allowing citizens to submit ideas on how to spend a part of the city budget in their neighborhood. reykjavik.is/betrihverfi

Decisions Helsinki is a tool to follow notifications of municipal policy decisions. By using the municipal open API on town hall agendas, the service allows citizens to sign up to be notified when decisions are made about issues that are of interest or concern to them. decisions.okf.fi

Open consultation and direct democracy platform Decide Madrid was launched by the city of Madrid after the recent municipal elections. Enables citizens to propose, debate, prioritise and implement policy for the city. decide.madrid.es

D-CENT has run large-scale piloting through Lean UX experimentation, leveraging existing network movements with a user-base of tens of thousands of people.

D-CENT will grow longer-term alternatives to today’s highly centralised platforms and power structures and promote the development of knowledge, digital infrastructures and data for the common good.

D-CENT tools form a federated architecture based on open standards, open APIs and a shared identity system to
allow for the growth of an eco-system of modular, interoperable and decentralised tools.

*Own your data
Say no to surveillance and take back citizens control and ownership of data.

An integrated techno-socio-economic analysis has been carried out on network models of emerging social movements, new economic models based on knowledge commons, alternatives to data marketplaces, distributed architectures, new models for citizen control of personal and social data, privacy and security by design.

The Centre d‘économie de la Sorbonne, Dyne, and Nesta investigated the experiences of complementary currencies at the light of the Bitcoin revolution. As a result, D-CENT developed a complementary currency toolkit to manage community trust, reputation, and provide a blockchain reward scheme that is auditable and transparent.

D-CENT has contributed actively to the development of open social web standards, an open standardization effort led by the W3C.

All research reports are available at dcentproject.eu/resources.

The Prix Ars Electronica is one of the most important yearly prizes in the field of electronic and interactive art, computer animation, digital culture and music. In 2016, D-CENT was awarded with an Honorary mention in Digital communities category.

The Internet Society in Netherlands nominated D-CENT Freecoin among ten the most innovative and interesting initiatives to receive the Internet Innovation Award 2016.

D-CENT was showcased at Somerset house in London. The Big Bang Data exhibition explored datafiction through the work of artists, designers, journalists and visionaries. Through a data visualization by D-CENT partner Eurecat (Barcelona Media), we try to better understand how discussion build Collective Intelligence. 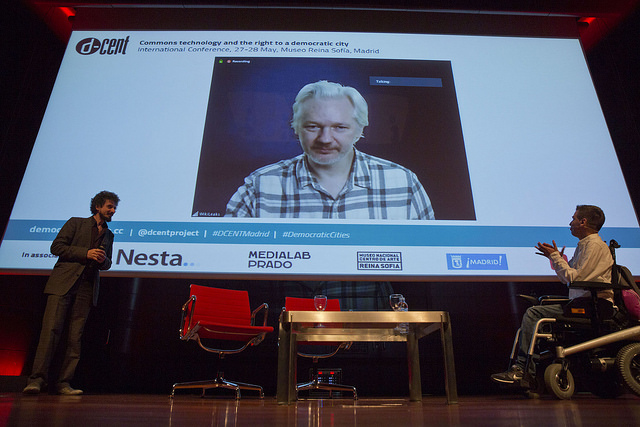 In May 2016, D-CENT organised its Final event in Madrid, together with a group o co-operation partners. Democratic Cities event was divided to five-day Democracy Lab and two-day International Conference, together attracting close to 500 participants.

In April 2016, D-CENT organised a roundtable in Rome, in co-operation with the Five Star Movement in Italy. The event was targeted for policy makers, citizens activists, social movements, and the developers of the new open source democracy tools.

Wishing to maximize competitiveness of the European technology industry, the Net Futures 2016 gathered over 1.000 attendees in Brussels. In this major EU event, D-CENT coordinator Francesca Bria was presenting in a workshop diving into Sharing Economy.

This yearly festival looks at the extraordinary impact the web has had on individuals, governments and societies at large. In 2015, D-CENT coordinator Francesca Bria was talking in a panel about Digital Governments.

Network Democracy for a better city 2015

D-CENT Mid-point event was organised in Barcelona in May 2015. It attracted around 170 high-level policy makers, academics, activists, civic society organisations, and hackers together to discuss and debate.

The second international event on CAPS included a roundtable by D-CENT. The session explored the opportunities and the tensions emerging in the new forms of political movements that are using technologies to empower citizens and reinvent democracy.

D-CENT run from October 2013 to May 2016. It received funding from the European Union’s Seventh Framework Programme for research, technological development and demonstration under grant agreement no 610349. The total budget was 2,5 million euros.

D-CENT adopted a multidisciplinary mixed methods approach for the research and development process. Communities are providing continuous input to the technical design and implementation.

In early 2014, D-CENT organized Lean Inception Workshops in the each pilot country: Iceland, Spain and Finland. The outcomes were transformed into the first Minimal Viable Products (MVPs) for the D-CENT platform. In 2014-2015, the MVP’s were further tested and piloted in the pilot countries. They also fed information into the technical requirements and technical design of the D-CENT platform, as well as the plans for pilot implementation. 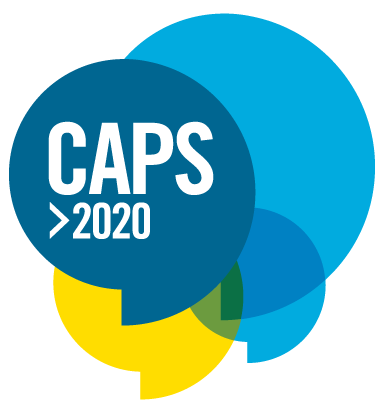 Part of the CAPS initiative

D-CENT is part of a larger set of CAPS initiatives (CAPS2020). CAPS (Collective Awareness Platforms for Sustainability and Social Innovation) can be described as non-commercial, open Internet platforms, connecting citizens to each other – and to the “Internet of Things” whenever necessary. D-CENT has been designed to complement these initiatives and to advance the state of the art in the Digital Social Innovation field.

This project has received funding from the European Union’s Seventh Framework Programme for research, technological development and demonstration under grant agreement no 610349
Join our mailing list