This project has received funding from the European Union’s Seventh Framework Programme for research, technological development and demonstration under grant agreement no 610349

What is the Citizens Foundation?

We’re a non-profit that started after the Icelandic financial crisis in 2008, and we aim to increasing people’s influence in policy and government. All the banks went bankrupt, and there was a big decrease in trust in the political process and parliament. Parliament went from a 70-something percent trust rating down to six or seven per cent. It’s now recovered to 14%.

I started Iceland’s first internet service provider in 1993, and I thought we could use the internet to empower people and give them a stronger voice. Our Your Priorities tool was written into the original proposal, and I think D-CENT could really help us.

END_OF_DOCUMENT_TOKEN_TO_BE_REPLACED

How designers and design could improve participation in the democratic process and communication between electors? The essay collection ‘Designing Democracy’ examines this from different perspectives. Francesca Bria, Senior Project Lead in the Nesta Innovation Lab and project coordinator of the D-CENT project, writes about ‘Internet-era citizen movements and political parties’.

END_OF_DOCUMENT_TOKEN_TO_BE_REPLACED

Representatives of the groups involved in D-CENT met in London to share their experiences. Miguel Arana Catania, of LaboDemo, which is working with Spanish political party Podemos, talked about how he sees the project. Miguel took part in the FutureFest panel hosted by D-CENT titled “Networks, Movements, and Parties: D-CENT and the challenges of the netera politics”.

END_OF_DOCUMENT_TOKEN_TO_BE_REPLACED

Denis Roio, also known as Jaromil, is a researcher in philosophy of technology and a software artisan. His creations are recommended by the Free Software Foundation and redistributed worldwide. Since 2000 Jaromil has dedicated to build Dyne.org, a software house gathering the contributions of a growing number of developers who value social responsibility above profit. Dyne.org is also a partner in the D-CENT project.

“The digital money of the 21st century is definitely not going to be a number in a database of a bank. It’s going to be a blockchain, triple-signed ledger that more people can have in custody. Hopefully it also involves the creation of new forms of institutions that can re-establish the trust towards value circulation – the same trust that banks have lost today”, states Denis Roio. 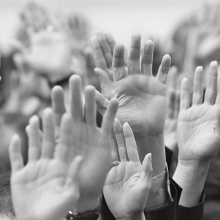 The emergence of the Internet-era citizen movements and political parties

The 19th century institutions of democracy, such as Parliaments, elections, parties, manifestos democratic assemblies are in great need of revival since they are out of synchronization with the 21st century technologies, norms and collective aspirations. Network parties are appearing in Europe: the Pirate Parties in Iceland, Germany and Sweden; and the Five Star Movement in Italy have pioneered Internet-based decision-making structures. Podemos in Spain, now leading in the national pools, is opening decisions up to large numbers of people through the Internet, involving citizens in shaping policy and sharing their expertise. END_OF_DOCUMENT_TOKEN_TO_BE_REPLACED 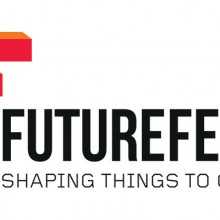 Join us at FutureFest

FutureFest is almost here! The upcoming weekend in London is full of immersive experiences, compelling performances and radical speakers to explore and challenge perceptions of the future. On Sunday 15th of March, D-CENT is hosting two panels: one on the future of political parties and another on the future of money. Join us, there’s still tickets for Sunday!

END_OF_DOCUMENT_TOKEN_TO_BE_REPLACED

Ansgar Koene is the Research fellow from the University of Birmingham. He is a multi-disciplinary Research Scientist with experience in Computational Social Science, Robotics, Computational Neuroscience and human behaviour/perception experiments. Yohko Hatada is the Director and founder of Veram Vitam. She is Research Associate in the University of Birmingham, School of Psychology.

“I don’t think that public assemblies – as such – are going to dramatically change in the near future. The main change is going to be how the public can give their points of views towards these assemblies”, Koene says.

Connecting the Basque and Icelandic cases: an ethnographic chronicle about democratic regeneration

This article aims to connect Iceland and the Basque Country from the democratic regeneration perspective. The time frame chosen for the case studies is the period before and after 2008 global crisis. In Iceland the crisis had an economic and political aspect affecting the self-understanding of the territory as a whole. In the Basque Country it also deals with the current peace process to settle down political violence and its causes. In both cases there are deep underlying democratic regeneration issues. This article is part of a broader research project entitled ‘Benchmarking Future City-Regions’.