Activism and technology for a global democracy

“There is no democracy without privacy.” “Our personal information is the 21st century’s new oil and it needs protection and anonymity.” The international conference #DemocraticCities ended yesterday, after 35 speakers from around the world had shared projects, experiences, stories, and proposals on activism, participation, democracy, transparency, and privacy. Is it possible to build new ways to govern? “We are the future,” stated Birgitta Jónsdóttir, in a surprising, virtual closing for the event, “We are the Robin Hoods of power, the architects of change that will shape the world.” Organized by D-CENT Project and MediaLab Prado, an intense week of democratic and technological connections has come to an end, as the Cities for Change Network begins operating.
How can technology serve democracy? How can transparency and privacy coexist? We can’t avoid being connected but what are the real hazards behind these technologies? Who controls our information and is trading in it? How to avoid data tyranny?

The last day of the #DemocraticCities event began with a debate as interesting as it is necessary: “Freedom and technological sovereignty in the era of digital surveillance”. This was the leading question and the Brazilian college professor Sergio Amadeu answered it: “Technologies are ambiguous; people are happy using them but we must start decrying the dangers that come with the control of data by corporations. Data bank crossing is very dangerous. The intertwining of our genetic data with that of Facebook, with that of our incomes, and everything that Google knows about us amounts to totalitarianism and we ought to denounce it.” 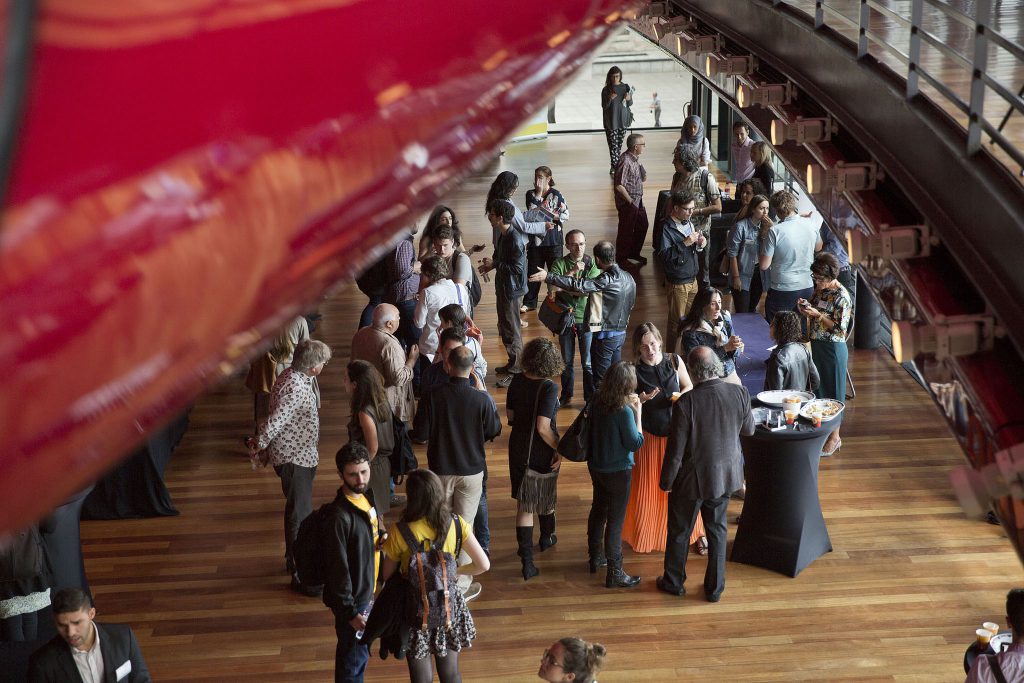 Our data is the new oil of the 21st century, summarized Gemma Galdón, expert security consultant: “Both the problem and the solution are related to data management.” And she added: “A lot of money is being made with data, but neither economy nor wealth are being generated. We’re creating technological databases but we’re not protecting them. It’s a real scandal that IBM be the one in charge of creating anonymity technologies.” In the words of Francesca Bria: “Nation states have stopped investing in digital infrastructures, and it’s nearly impossible to regulate Google and Facebook because they rule the web. We have to create public, collective infrastructures.”

As a common techno-political space of autonomy and self-organization, #DemocraticCities gave voice to outstanding experiences from democracy activists coming from Korea, Mexico, Australia, Taiwan and the Netherlands. And to the true architects of what is being done in Amsterdam, Madrid, Paris, Oviedo, Helsinki, Barcelona and Porto Alegre. “Cities are certainly the driving forces behind change towards an open government,” stated Clémence Pène, Paris City Council Digital Director. They are reaching agreements, doing things together, and finding new ways of digital engagement: the Cities for Change Network has taken off. 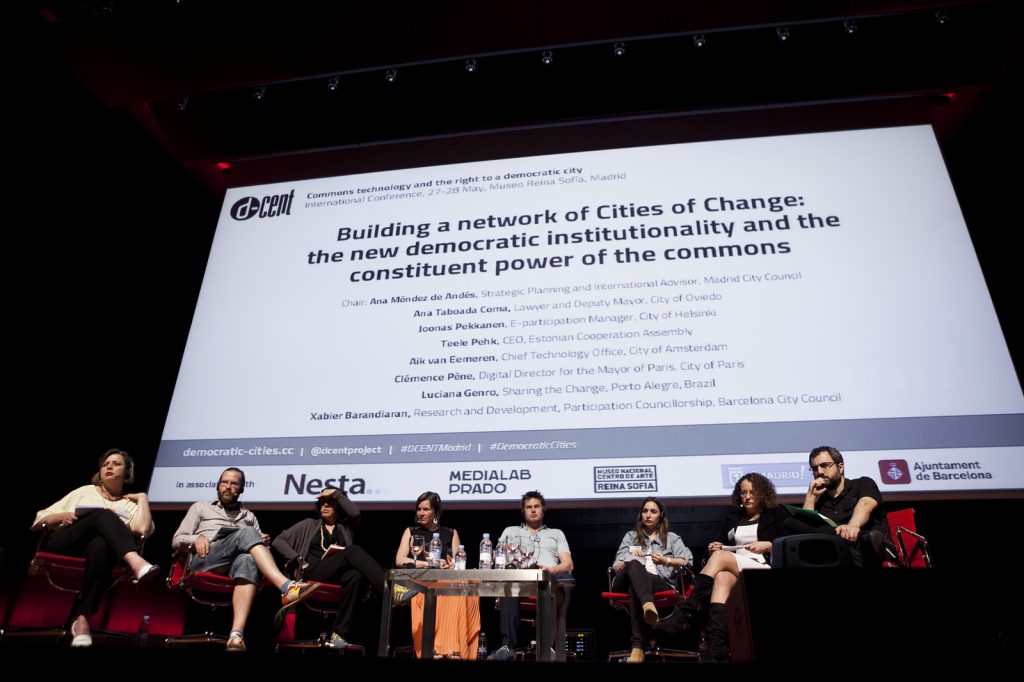 The surprise arrived via streaming and in real time. Birgitta Jónsdóttir, President of the Pirate Parliamentary Group in Iceland closed the event saying: “Hello Madrid. It’s up to us to fix things, if we want to be the Robin Hoods of power, the architects of change, in this time of transition. This is our chance to shape the world. We are the future.”

A wonderful week has come to an end. We’ll keep in touch!

Photo gallery of the May 28th session