From the Hackathon for Democracy to D-CENT Project’s ground-breaking undertakings and the creation of Red de Comunes Democráticos (Democratic Commons Network), four days at MediaLab Prado were packed with sharing, surveying, debating, and suggesting ideas as to where the world is heading regarding direct democracy, citizen participation, commons networks, and open source software. Techno-politics, new urban models, social innovation, and apps and platforms to share and invigorate around #DemocracyLab. From tomorrow on, the event #DemocraticCities moves to the Reina Sofía with presentations by over 30 leading politicians and activists. 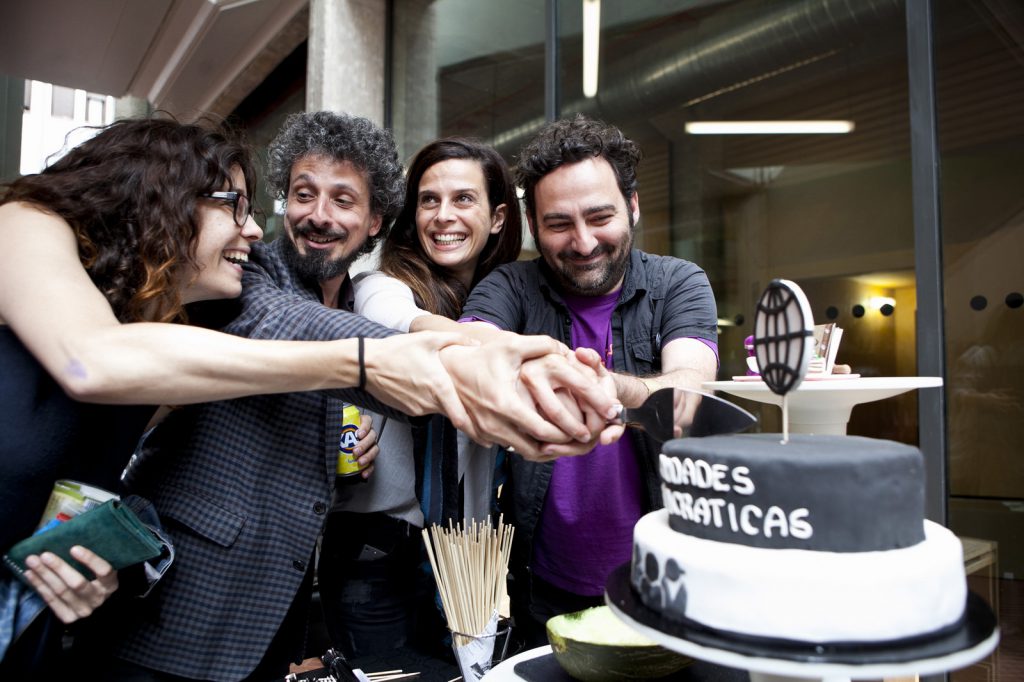 Rethinking democracy. It’s been four days, one hundred participants, five working teams (organization, political thinking, technology, communication, facilitation and media center), lots of collaboratively written TitanPads and, above all, a lot of ideas and willingness. The Democratic Commons Network has been set up! It was created somewhere between MediaLab’s Prado Auditorium and Bar, from Monday until today, Thursday, in a run of sessions in which Telegram channels, created as a means of communication, have been literally fuming.

What is the Network of Democratic Commons? “We’re people from different cities that, from 2015, organize ourselves online in an open, horizontal, transparent, and reconfigurable manner. We want a society that is completely democratic in every aspect, boosted by the opportunities afforded by online collaboration and work, both digitally and face-to-face. How do we do it? By creating, liberating and sharing organizational models, technologies, practices, legal material, narratives, and open resources that configure collaborative participation in democratic ways.”

Don’t miss the campaign launch event that will be held in the next few days! 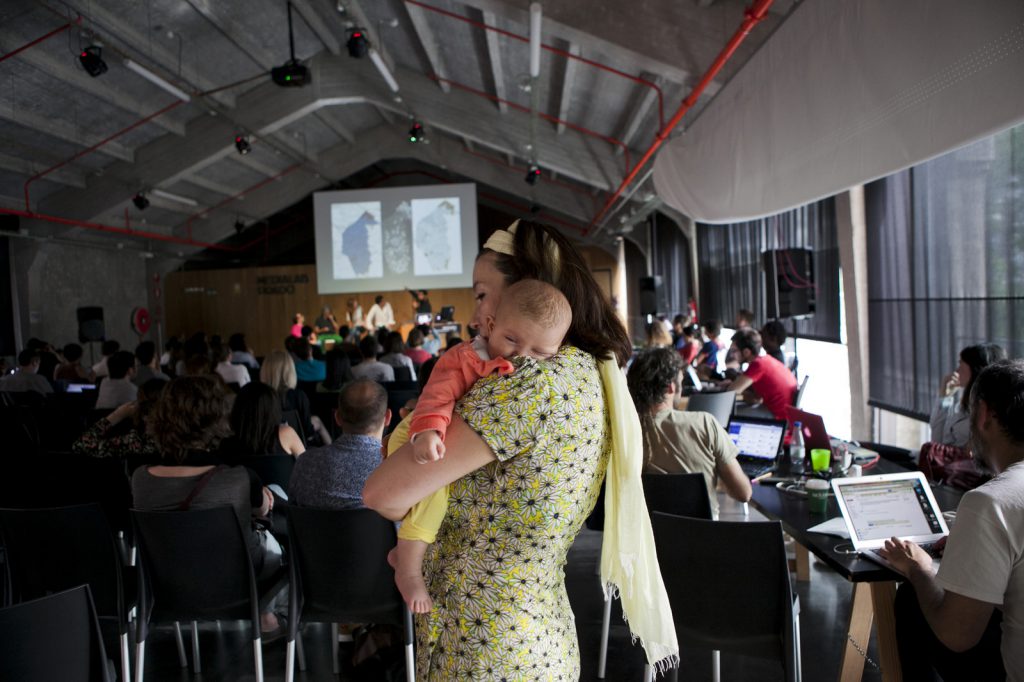 Coding Democracy has taken place on two consecutive days, Wednesday and Thursday. It consisted in a hackathon to contribute to the biggest participation open source tool now available in Spain: Consul (used by decide.madrid.es and exported and adapted to other municipalities). Expert developers from Madrid’s City Council led this informative workshop. 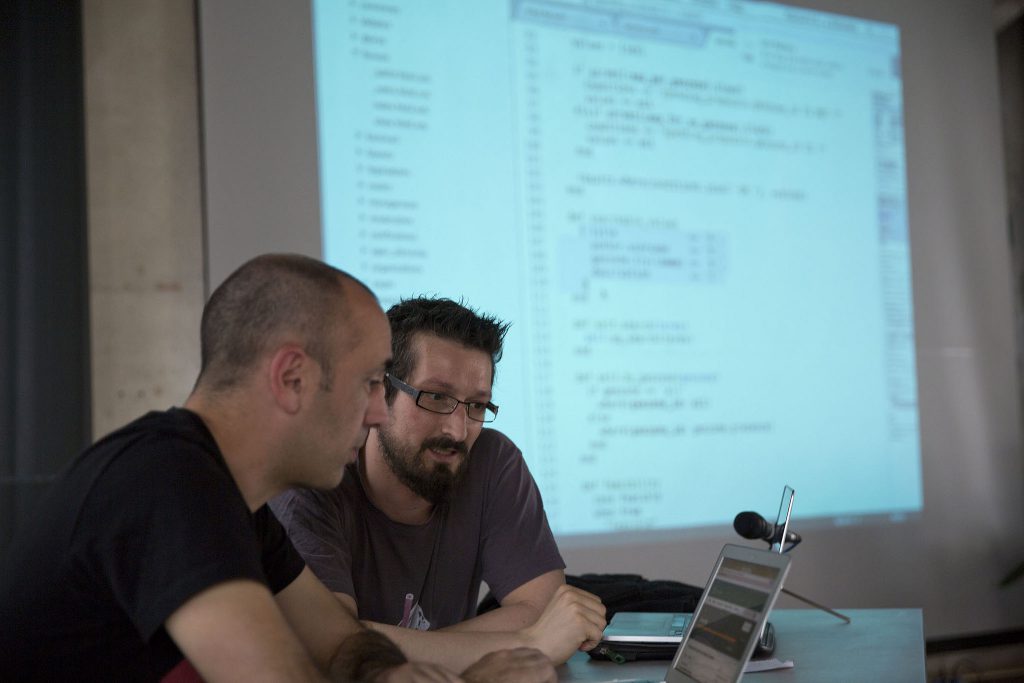 And as a closing event for #DemocracyLab, one of the two cornerstones of the Democratic Cities gathering, this afternoon we’ve held D-CENT Project: Technologies and Institutions for the 21st Century, where eight international speakers have addressed new and different ways of democracy-building around the world. They’ve also introduced electronic voting experimental tools (Agora Voting, Freecoin, Dyne.org, etc.).

Andreas Karitzis, development consultant and independent researcher, along with researcher Paolo Gerbaudo, have analyzed contemporary citizen movements and digital culture. Gerbaudo, director of London’s Kings College Digital Culture Centre, has advocated for a thought-provoking division between “techno-populism” (referendum oriented) and “citizenism” (bottom-up). And so the audience began debating: “Progressive governments want to work bottom-up but they don’t trust models that try to catalyze collective intelligence. That’s why we must make headway fast in collective intelligence organizations.”

Francesca Bria, coordinator of the EU’s D-CENT Project (the largest direct democracy and digital currency project in Europe), was also resounding: “One cannot govern along with technological companies that trade our personal information.”

Decentralized citizens and engaged technologies. For a direct democracy and economic empowerment.