From the squares to decentralized politics

From Paris to Iceland, Brazil, Mexico, Colombia and Spain. Researchers, municipal technicians and activists from different countries have shared their new batch of direct democracy strategies, open source software, and citizen participation, in the context of Democracy Lab, at the Democratic Cities: Commons Technology and Right to a Democratic City gathering organized by the D-CENT Project and Madrid’s Town Council.

“We’re talking about an interconnected, global cycle of civil disturbances between 2010 and 2016 that are re-shaping collective communication.” “We are saying that conventional social theories on mobilization are no longer viable.” It was with these words that Javier Toret–researcher and 15-M activist–opened the session “Techno-Politics and Web Movements: From 15-M to Nuit Debout,” the first of a series of talks at Democracy Lab, the participative section of the conference Democratic Cities: Commons Technology and the Right to a Democratic City. The event will be held in MediaLab Prado until Thursday, May 26th; it will revolve around democratic innovation and recent participatory technologies and will conclude at the Reina Sofía Museum on Friday the 27th and Saturday the 28th, with an international conference and the intervention of leading politicians and activists.

Egypt (Arab Spring), Tunisia, Mexico, Spain (15-M), Hong Kong (#OccupyHonkKong, #UmbrellaMovement), United States (Occupy), Brazil and now France (Nuit Debout). “We are dealing with citizens’ movements and collective identities in connected societies, in which the concept of techno-politics lies in the understanding of this new reality as well as the strategic vision and tactical use of digital tools for a collective dynamics.” “What we’re saying is that we’ve got to make an effort and learn from science about mobilization and cooperation models.”

Toret shared time, space and presentation with Baki Youssoufou, member and activist of the recent French movement Nuit Debout, who explained to a captivated audience the development and use of communication and technology during the current upheaval in the Place de la Republique in Paris. The Spanish activist brought up questions such as How are emotions spread on – and offline?, What do the connections between the web and the brain look like?, along with observations regarding the course of action from the streets to the web to mass media. “We’ve learnt to concentrate our energies on the street layer, but we’re not present in our countries’ mass media until we show up in the Washington Post.”

Everything adds up when it comes to techno-political practices: “Every single upheaval has kept major fan pages, Facebook events have also been of great importance, Twitter has enabled us to align collective action in real time, and streaming is the live revolution because it allows us to build mobilization in real time.”

NUIT DEBOUT (which literally means “Up All Night”) has had a strong connection with the 15-M. Yossoufou narrated on Monday, in MediaLab Prado’s Auditorium, the way in which the movement is communicating its own story without intermediaries. “The mainstream media showed nothing but the conflicts, so we decided to create our own Media Center,” which is coordinated via Telegram, and where we’re developing a communication strategy based on an alternative discourse to that of the media. “Based on the experience of the 15-M, said Youssoufou, we decided to transmit what we are and what we do in Nuit Debout via Twitter as a source of information to journalists.” Actually, the first mention of the upheaval on the French media came from a storify in Le Monde that picked live tweets from journalists.

WikiNuitDebout is another of the unequivocal tools presented: all the existing information about the movement, the actions in every city and committee, social media, working tools, proposals, ideas and inquiries are all gathered in this collaborative platform. As Baki Youssoufou explains, although Nuit Debout rose as a protest to the Labor Law reform known as El Khomri Law, the movement relies on a broad social base and intends to “change it all.” “We are staring at a new type of democracy, in which independence is much greater. And awareness is being raised.” 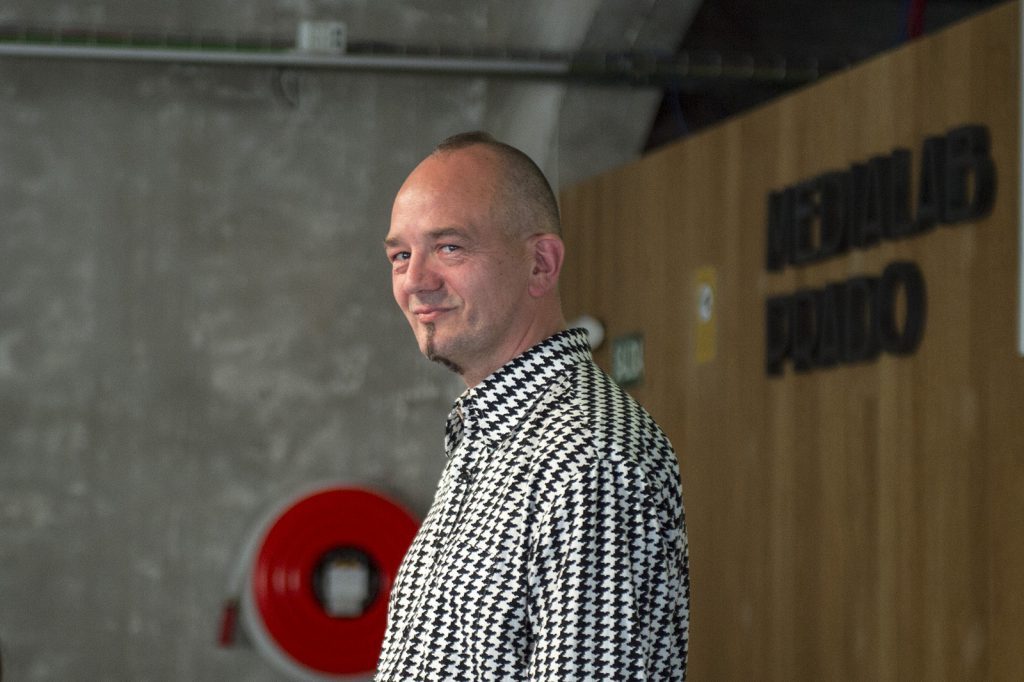 So, where exactly is the international citizen participation debate heading? This is what Twitter users were asking yesterday. Gunnar Grímsson, CEO, Citizens Foundation (Reykjavik, Iceland), showed CF’s huge achievements: 600,000 people have used its tools, apps and software in order to improve electronic democracy in several countries.

He also assured that apathy is today’s great problem. “Except when people are very upset, the hardest thing is to have them show up and be engaged,” Grímsson said in Madrid. “The core question is to get citizens to participate: that’s the major challenge in every crowd-sourcing project.”

Citizens Foundation works to improve citizens’ democratic processes. They have recently launched a new version of the Your Priorities software, which allows for the creation of communities and groups for civil participation around any issue in a simple and rapid manner.

Grímsson described the participatory process in Iceland, as well as the set of digital tools that were developed, giving the interface a major significance and clearly betting on artificial intelligence (AI) and on the use of more sophisticated tools that could be used to interact off- and online. He supports the argument that “the digital is new but it is not a substitute for the analogical,” and accordingly defends an offline/online combination with the trio: brainstorm online, evaluate offline and vote on- and offline. He also made his claim for open source, free and transparent software. 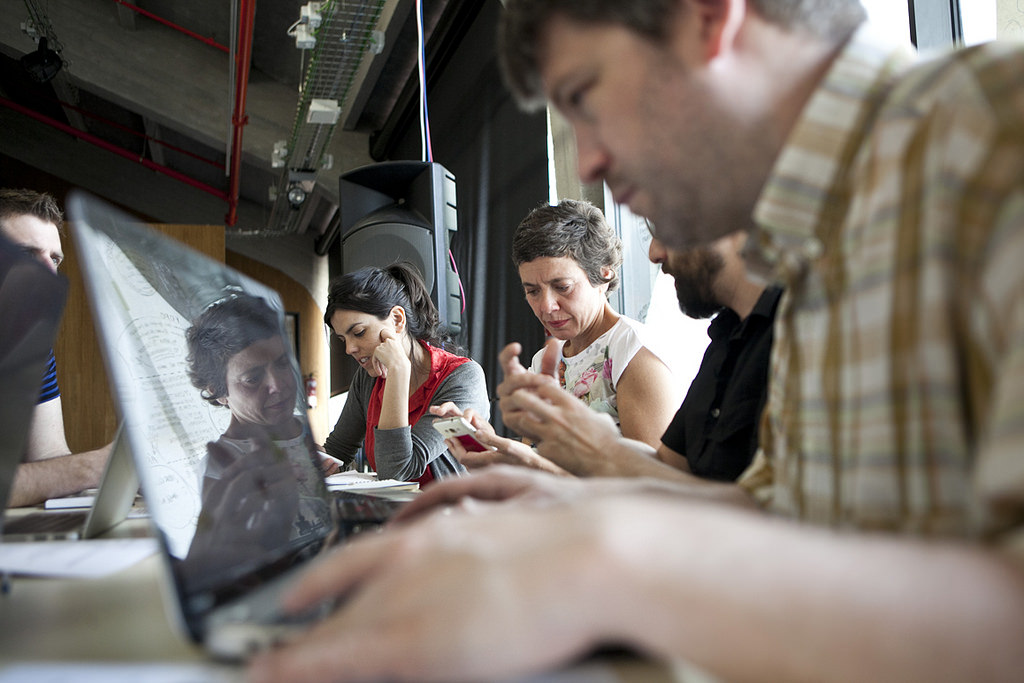 One of the working groups of the Democratic Commons Network Workshop in MediaLab Prado, Madrid. Photo: Elvira Megías CC BY-SA 2.0

And from Iceland to Spain, the four speakers of the session “Direct Democracy: Legal Strategies for Local Implementation” concurred in openly questioning the existing legal boundaries over direct democracy processes. Gregorio Planchuelo, form the Madrid City Council, highlighted that “citizen participation is quite limited by our laws. In order to seek any information, you need a Government authorization, which can take a whole term.”

According to the jurist Francisco Jurado, neither the People’s Right of Initiative (ILP, Iniciativa Legislativa Popular) nor the referendum can be considered direct political participation formulas. Jurado criticized the “futility” of the motions in which representatives invest so much of their time even though “they end up being good for nothing.” He also announced that the Andalusian Parliament is working to transform the People’s Right of Initiative into a People’s Initiative Action for the co-creation of laws. “Legislation is quite obsolete and we are trying to go around restrictions and update democracy for the 21st century,” Jurado declared.

Amaia Aguirreolea, in charge of the Participation Department of Donostia-San Sebastián, told how the first thing they did when getting this department under way was to “explore this thing called direct democracy.” Juan Carlos Madroñal, Founder of Más Democracia, concluded: “It’s overtly absurd that a city council should need government permission when it intends to propose a referendum. It doesn’t happen anywhere in the world.”

Movements, citizenship, and politics in Brazil, Mexico and Colombia

Latin-American participatory experience has been around for a long time. The session “Latin America: Participation and Techno-Political Innovation” tried to break down the unilateral perspective. Marcelo Branco, a long standing activist put forward a historical development of the participative processes in Porto Alegre (Brazil), and concluded: “Without direct participatory democracy and citizen empowerment, governments are hostage to parliamentary alliances and corrupt politicians.” 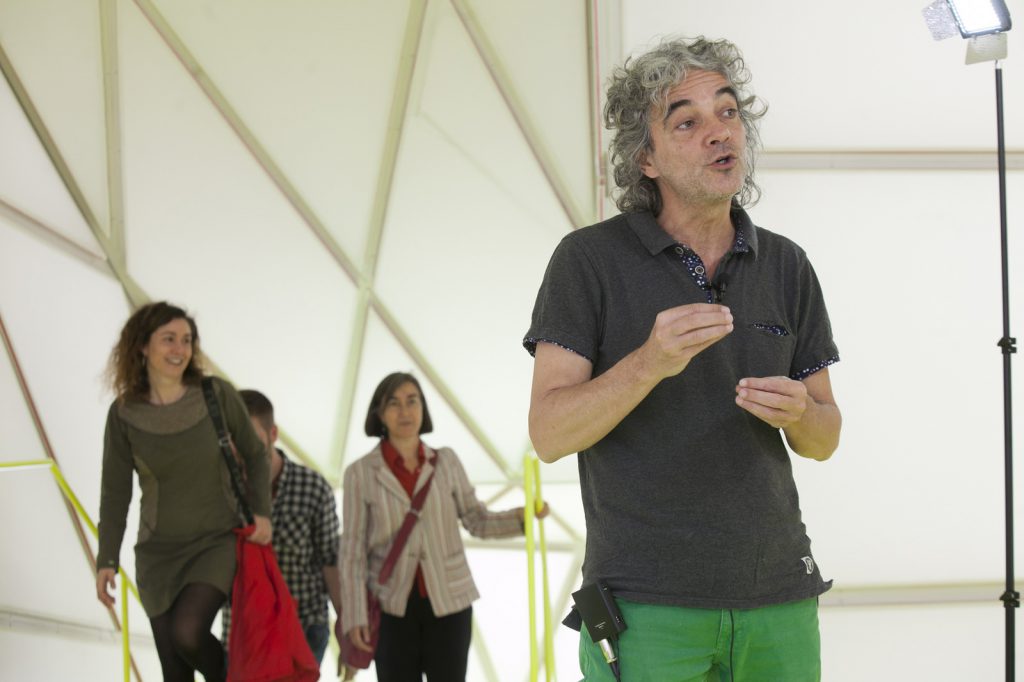 This session made public innovating experiences such as the world’s first School of Political Innovation (Escuela de Innovación Política), an Open Government project of the State of Nariño (Colombia), or Wikipolítica, a political organization without party affiliations that has developed an interesting participatory political process in Jalisco, Mexico. Diego Arredondo, in charge of Wikipolítica’s communication and technology, narrated the case of Pedro Kumamoto’s new way of making politics by way of the community. Or Natascha Symanksi, São Paulo’s Digital Hub designer, who highlighted that not just governments but also citizens must understand technology as a political strategy

In Democratic Cities event we are re-thinking democracy by means of the new digital approaches and always taking the human aspect into account. Movements that are local but also global. Free, connected, and coordinated cities to advance citizen participation. Collective intelligence movements that are setting a democratic lead around the globe.