This project has received funding from the European Union’s Seventh Framework Programme for research, technological development and demonstration under grant agreement no 610349

At the Internet Governance Forum this week in Istanbul, we’ve been discussing how to answer the question posed by Tim Berners-Lee and the World Wide Web Foundation at the occasion of the 25th anniversary of the Web: What is the Web Web Want? How can a “Magna Carta” for Web rights be crowd-sourced directly from the users of the Web itself?

END_OF_DOCUMENT_TOKEN_TO_BE_REPLACED

Davide Barillari is a Certified IT Specialist working for IBM Global Services in Italy. Barillari is currently providing consultancy services at customer sites in banking sector, on WebSphere Application Server for z/OS. He is also  the Regional Councilor for an anti-government political party Five Star Movement (M5S) in Lazio.

Mr. Barillari was one of the panelists at the D-CENT launch event, organised on the 14th of March 2014 in London. His panel dived into new models of democracy. 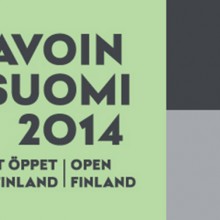 The Open Finland 2014 will be a major event in Helsinki, focusing on open data and its uses. The event will be held on the 15 and 16 September.

END_OF_DOCUMENT_TOKEN_TO_BE_REPLACED

D-CENT already has published several research documents. Here’s a short listing of those published so far.

END_OF_DOCUMENT_TOKEN_TO_BE_REPLACED

“D-CENT is being tested with real users and real community groups. That’s different to a lot of other technology projects which generally tend to focus on what people want to build rather than focusing on the needs of the community.”

D-CENT interviews Hille Hinsberg from PRAXIS Center for Policy Studies. Hinsberg is an expert of governance and civil society policy. She participated the D-CENT launch event “Democracy reboot: Re-imagining democracy and currency in Europe” organised in March 2014 in London.

“D-CENT is a way to empower the ordinary guy. To have him/her on board, while making decisions and planning things that will inevitably influence all of us.”

“Democratic institutions don’t change over night. But my hope is that in the next ten, twenty or thirty years of time some of the things we’ve talked as part of the D-CENT conversation simply become commons sense everywhere”, says Mulgan.

Bernard Lietaer has been active in the domain of money systems for a period of 30 years. His consultant experience in monetary aspects on four continents ranges from multinational corporations to developing countries. He is the author of eighteen books including The Future of Money translated in 18 languages.

Mr. Lietaer was the chair of the panel discussing social currencies and new economic institutions at the D-CENT launch event, organised on the 14th of March 2014 in London.

John Henry Clippinger is the co-founder and Executive Director of ID3 (Institute for Innovation & Data Driven Design), a 501 C(3) non-profit organization (www.idcubed.org) formed to develop and field test legal and software trust frameworks for data-driven services, infrastructures, and enterprises. He is also a Research Scientist at the MIT Media Lab’s Human Dynamics Group. Mr. Clippinger was one of the panelists at the D-CENT launch event, organised on the 14th of March 2014 in London. His panel discussed social currencies and new economic institutions.

CAPS – Collective Awareness Platforms for Sustainability and Social Innovation, is an initiative of the European Commission DG CONNECT to support new bottom-up ideas exploiting ICT networks to enable new forms of societal cooperation and collaboration, to increase participation in collective actions and to pioneer new cooperative solutions to sustainability issues.